Welcome to the first Devlog of OpenSuspect! Written by none other than me, Moxvallix! (Soon to be written by the Branding Team!)

It has been two weeks since the project first started, when NiceMicro first posted to r/linuxmasterrace, and I set up a Matrix community for the few that were interested. Since then, following a few more Reddit posts, the idea for making an open source, Among Us inspired game, gained some traction, and soon development had started (a lot quicker than Micro and I had expected). We had a meeting to decide the future of the game, then held elections to nominate leaders of the different teams.

Currently, the game has working multiplayer. Gameplay is limited to walking around, but that will change once the game design document is presented to the group. The art team is working on designs for the character, of which an audition is being held, auditions will be showcased below. Translations have also been implemented into the game, the menu now has many different languages to choose from. Whilst still early in development, the current state of the game and community seems promising, and I am sure that a game soon will emerge. I mean, in this short time we already have 386 commits! Wow!

Make sure to stick around, and be ready to test the Alpha when it is released! You won’t regret it! Make sure you have joined our subreddit: https://www.reddit.com/r/OpenSuspect/, to keep up with the latest news. Make sure as well to check out NiceMicro’s update video on the game: 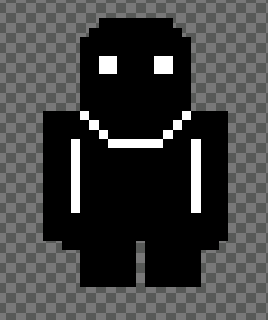 A social deduction game, similar to Mafia or Among Us